Home Page | About Us

While you sleep electricity is awake. Trimbox protects yout loved ones.

%1Yurttaş Mühendislik Co. Ltd. was established in 2007.
%3The first Trimbox was produced in 2007.
%5 The trademark was registered in 2008.
%7The first production patent of Trimbox was obtained in 2009.
%9It was moved to the central building in Ovaakça in 2010 and mass production was started.
%11Yurttaş Holding Inc. was established in 2012 with its 6 companies.
%13Domestic Goods Certificate was received in 2012. By this certificate Trimbox was certified as a domestic product in the medium high technology class with the rate of indigenousness as 95 %.
%15The second patent was obtained in 2012.
%17In 2013 Trimbox trademark was certified in 43 countries, corresponding to the 60 % of the world.
%19Public TV Commercial and PR studies started in 2013.
%21It was tested and approved at METU on 2014.
%23It received the title of The First TSE-Certified Turkish Invention in 2014 with the reference no. BDS-0001-1.
%25Bursa's Inventor Award, which was given first time, was received in 2014.
%27Private discount protocol was signed with Bursa Chamber of Commerce and Industry for its members in 2014.
%29The 100.000th product was given as a gift o the Bursa Governorship in 2015.
%31Investigatory patent application was done in 2015 for GNDSeries, who had the 3rd patent.
%33GNDSeries mass production was started in 2016.
%36 Its use started to increase in the electric projects due to the obligation of overvoltage suppressors in "The Project Regulation for Indoor Electrical Installation" in 2017.
%40Collective Development Project was initiated in 2017.

Trimbox entered the sector in 2017 in the field of electrification by producing the first and only AG Overvoltage Suppressor, which doesn't need grounding. It has become a gathering, which works to realize the mission of being "Everywhere where electricity exists" with its substructure, having internationally recognized  trademark vision.

Trimbox came forward by the claim of being generic name of the overvoltage suppressor (Impact protector - voltage stabilizator). It prevents over voltages, which are experienced often in the electric networks, with an unbelievable reaction rate of 10 nanoseconds, thus it prevents your electrical- electronic equipment at your house, working place, factory, briefly everywhere where electricity exists and prevents the risk of fire accordingly. Trimbox doesn't blow the fuse while functioning and doesn't interrupt your work. If over voltage reaches the dimension which Trimbox can't meet, (For example: transformer explosion, lightning, etc.) Trimbox cuts the mains electricity and prevents equipment from being damaged.

In brief, Trimbox is an over voltage suppressor, which ends damages to printed circuit cards and electronic devices at working places, factories and houses by preventing over voltage development, which occurs often in the electric networks (Over voltage protector - AG impact protector)

Trimbox is an over voltage suppressor, which is designed in order to prevent electrical energy from causing harm to the network and equipment  in case of over voltage. (Impact protector - Over voltage protector)

It prevents fires, WHICH MAY OCCUR DUE TO ELECTRIC CONTACT, it protects the installation of your house and working place from voltage impacts, thus it prevents arc formation.

It doesn't have any POWER limit. You can protect both a device of 1 ampere and also your working place of 1000 ampere by TRIMBOX.

Its mounting is EASY. TRIMBOX is suitable for standard fuse boards. It is linked parallel to your fuse. It can be mounted in couple of minutes. It functions properly with the devices in your fuse board such as residual current device, contactor and circuit breaker.

It ISN'T single use only. TRIMBOX counteracts thousands of sudden voltage impacts. In addition it doesn't blow the fuse while performing this protection. It maintains your work without interruption.

In case of very high and continuous voltage formation such as transformer explosion or lightning, it protects your installation and equipment by current protection fuse.

THERE IS NO POWER CONSUMPTION. TRIMBOX doesn't have any energy consumption. It doesn't cost any additional price for electric bills.

About Us Human Relations 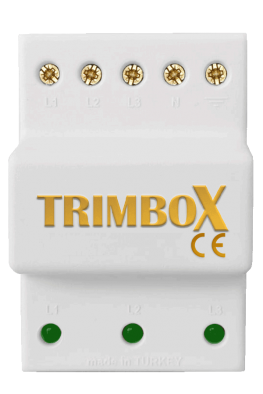 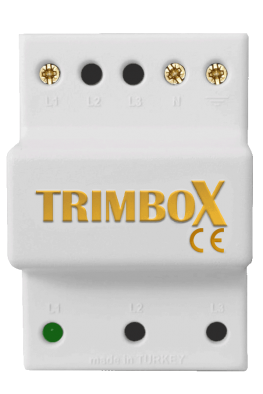 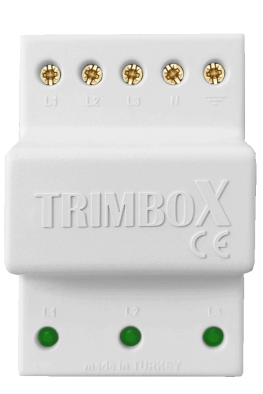 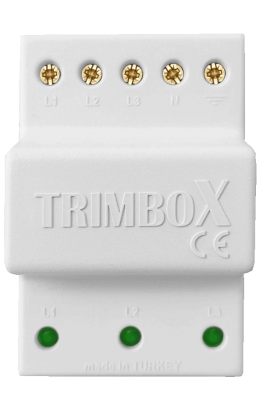 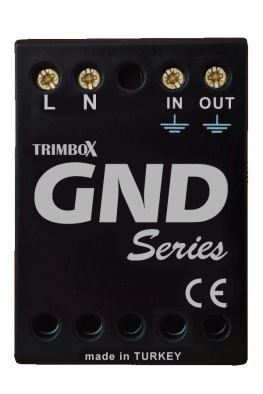 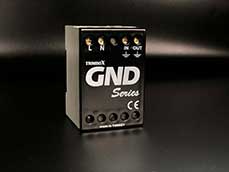 GND Series is a model of the Trimbox brand and is intended to prevent potential electronic devices and electronic cards from being damaged by regulating the potential difference between neutral and ground. When doing this task, it also prevents display disturbances that are generally considered ground-level interference in the monitors' screens (including projections). 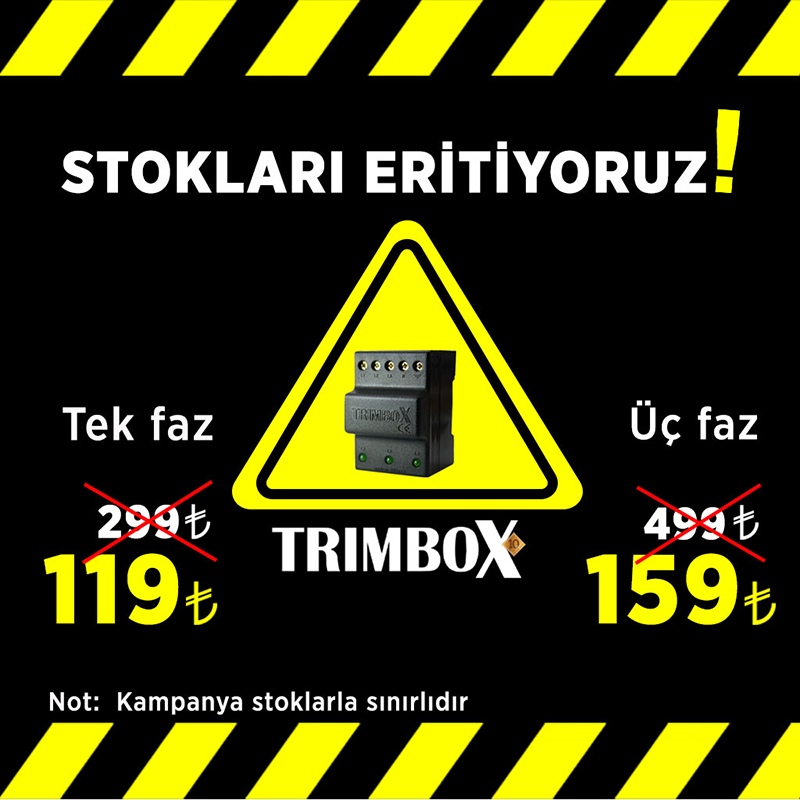